Energy is neither created nor destroyed, it is passed on from one form to another. Weren’t we made to mug up that physics principle? I think it was done so on purpose. That’s like the crux of our being and the core of the book, The Hidden Children by Reshma K. Barshikar.

If you haven’t yet understood the introduction let me tell you that the book The Hidden Children is a fantasy realism. It talks of magic as an energy and out and out convinces you of the existence of a parallel world of witches and wizards.

The novel follows the story of Shui who is a teenager studying in school. She is dyslexic, she is told, but the colours that she sees or the nightmares are a part of a bigger reality. She is a part of witana; she is a witan (a witch in layman’s language.) When she comes across Anya, a new student at school, she will rediscover herself. They both will embark on an adventure, an adventure to fine the lost grimoire! 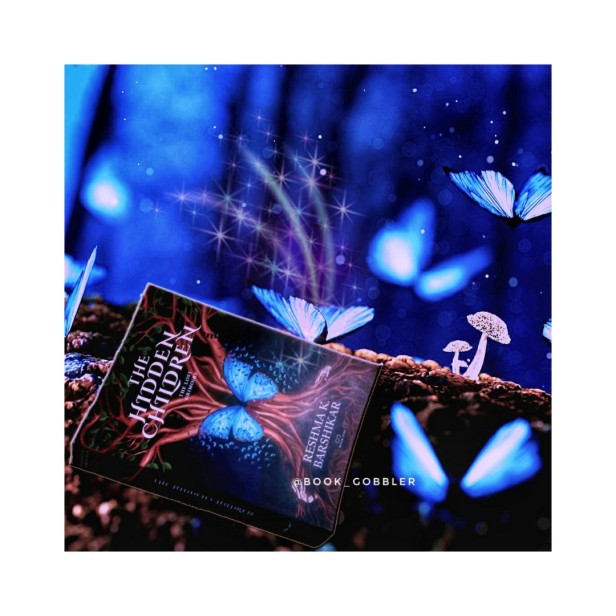 The novel gets you involved from page one. Initially it kept reminding me of Harry Potter. The author infuses Indian context and magical concepts very deftly in this book. The language is easy and the book a pageturner. The concepts mentioned in the book have a conviction and even make you, the readers, ponder.

The story is followed with a subplot of a character called Abha. Without Abha, the entire novel would collapse. And though she is only partially mentioned throughout the novel yet her presence is strong and important to the storyline. Such are the characters designed by the author. There are multiple characters but the author balances each, giving each a perfect shape and feelings, with aplomb!

The book, I felt, is fast paced and thrilling. You just can’t skim read this book because every sentence has something to offer. This book gets into your being and gets you involved. You cannot predict what’s to come next in the story. The meat of the story gets unveiled only towards the climax.

The book uses it’s setting- Mumbai- quite cleverly. Author brings together concepts from science, history, Indian mythology and magic, and weaves it seamlessly in the narrative. The book is well researched and wonderfully crafted.

Only hiccup I felt was teenagers going out of the way, crossing the sea without a sailor, to reach Elephanta caves at the dead of night! Even in day time alone the huge expanse of water is intriguing and blinding!

Overall, The Hiden Children by Reshma K. Barshikar is one excellent fantasy thriller by an Indian author! If you are a potterhead and love magical realism; if you relish a book slowly by chewing on its juices then this is a book for you.