When her phone rang at three in the morning, ripping her from a desperately needed sleep, Maggie’s first thought was bad news.

Her mind raced through the possibilities, starting with the worst-case scenario. Death, or at least life-changing injury. Police. Ambulances.

Heart pounding, brain foggy, she grabbed her phone from the summit of her teetering pile of books. The name on the screen offered no reassurance.

“Rosie?” She fumbled for the light and sat up. The book she’d fallen asleep reading thudded to the floor, scattering the pile of Christmas cards she’d started to write the night before. She’d chosen a winter scene of snow-laden trees. They hadn’t had a flake of snow in the village on Christmas Day for close to a decade. They often joked that it was a good thing their last name was White because it was the only way they were ever going to have a White Christmas.

She snuggled under the blanket with the phone. “Has something happened?” The physical distance between her and Rosie made her feel frustrated and helpless.

Everyone said global travel made the world smaller, but it didn’t seem smaller to Maggie. Why couldn’t her daughter have continued her studies closer to home? Oxford, with its famous spires and ancient colleges, was only a few miles away. Rosie had done her undergraduate degree there, followed by a master’s. Maggie had loved having her close by. They’d taken sunlit strolls along cobbled streets, past ancient honey-colored buildings and through Christchurch Meadows, golden with daffodils. They’d followed the slow meander of the river and cheered on the rowing crews. Maggie had hoped, privately, that her daughter might stay close by, but after Rosie had graduated she’d been offered a place in a US doctoral program, complete with full funding.

Can you believe it, Mum? The day she’d had the news she’d danced across the living room, hair flying around her face, twirling until she was dizzy and Maggie was dizzy watching her. Are you proud of me?

Maggie had been proud and dismayed in equal measure, although she’d hidden the dismayed part of course. That was what you did when you were a parent. 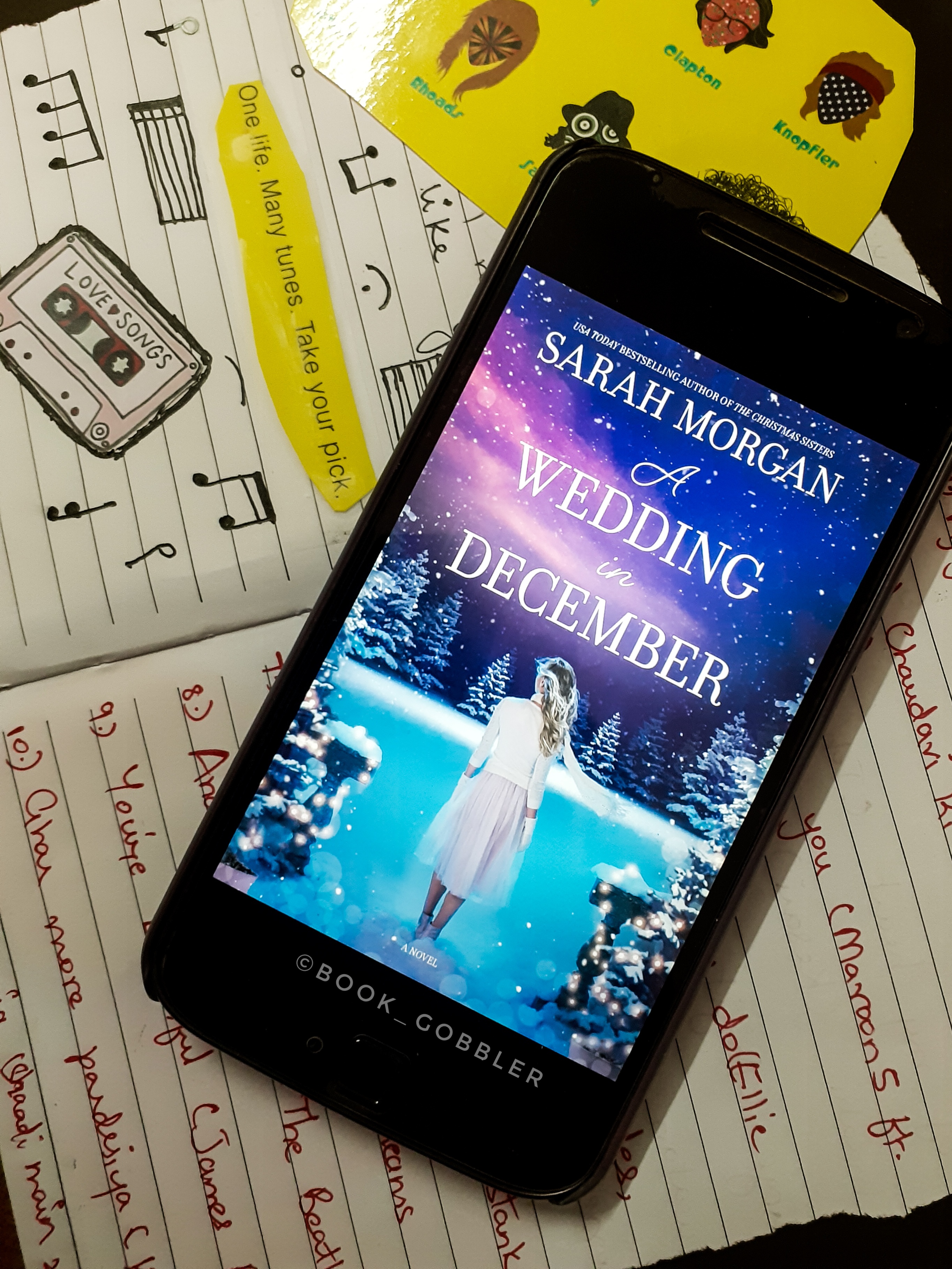 Even she could see it was too good an opportunity to turn down, but still a small part of her had wished Rosie had turned it down. That transatlantic flight from the nest left Maggie with email, Skype and social media, none of which felt entirely satisfactory. Even less so in the middle of the night. Had Rosie only been gone for four months? It felt like a lifetime since they’d delivered her to the airport on that sweltering summer’s day.

“Is it your asthma? Are you in hospital?” What could she do if Rosie was in the hospital? Nothing. Anxiety was a constant companion, never more so than now.

If it had been her eldest daughter, Katie, who had moved to a different country she might have felt more relaxed. Katie was reliable and sensible, but Rosie? Rosie had always been impulsive and adventurous.

Only now did Maggie hear the noise in the background. Cheering, whooping.

“Do you have your inhaler with you? You sound breathless.” The sound woke the memories. Rosie, eyes bulging, lips stained blue. The whistling sound as air struggled to squeeze through narrowed airways. Maggie making emergency calls with hands that shook almost too hard to hold the phone, the terror raw and brutal although she kept that hidden from her child. Calm, she’d learned, was important even if it was faked.

Even when Rosie had moved from child to adult there had been no reprieve.

Some children grew out of asthma. Not Rosie.

There had been a couple of occasions when Rosie was in college when she’d gone to parties without her inhaler. A few hours of dancing later and she’d been rushed to the emergency department. That had been a 3:00 a.m. phone call, too, and Maggie had raced through the night to be by her side. Those were the episodes Maggie knew about. She was sure there were plenty more that Rosie had kept to herself.

“I’m breathless because I’m excited. I’m twenty-two, Mum. When are you going to stop worrying?”

“That would be never. Your child is always your child, no matter how many candles are on the birthday cake. Where are you?”

“I’m with Dan’s family in Aspen for Thanksgiving, and I have news.” She broke off and Maggie heard the clink of glasses and Rosie’s infectious laugh. It was impossible to hear that laugh and not want to smile, too. The sound contrasted with the silence of Maggie’s bedroom.

A waft of cold air chilled her skin and she stood up and grabbed her robe from the back of the chair. Honeysuckle Cottage looked idyllic from the outside, but it was impossibly drafty. The ventilation was a relief in August but froze you to the bone in November. She really needed to do something about the insulation before she even thought about selling the place. Historic charm, climbing roses and a view of the village green couldn’t compensate for frostbite.

Or maybe it wasn’t the house that was cold. Maybe it was her.

Knocked flat by a wave of sadness and she struggled to right herself.

“What’s happening? What news? It sounds like you’re having a party.”

“Dan proposed. Literally out of the blue. We were taking it in turns to say what we’re thankful for and when it was his turn he gave me a funny look and then he got down on one knee and—Mum, we’re getting married.”

Maggie sat down hard on the edge of the bed, the freezing air forgotten. “Married? But you and Dan have only been together for a few weeks—”

“Eleven weeks, four days, six hours and fifteen minutes—oh wait, now it’s sixteen, I mean seventeen—” She was laughing, and Maggie tried to laugh with her.

How should she handle this? “That’s not very long, sweetheart.” But completely in character for Rosie, who bounced from one impulse to another, powered by enthusiasm.

“It feels so right, I can’t even tell you. And you’ll understand because it was like that for you and Dad.”

Maggie stared at the damp patch on the wall.

Tell her the truth.

Her mouth moved but she couldn’t push the words out. This was the wrong time. She should have done it months ago, but she’d been too much of a coward.

And now it was too late. She didn’t want to be the slayer of happy moments.

She couldn’t even say you’re too young, because she’d been the same age when she’d had Katie. Which basically made her a hypocrite. Or did it make her someone with experience?

“You just started your postgrad—”

“I’m not giving it up. I can be married and study. Plenty do it.”

Maggie couldn’t argue with that. “I’m happy for you.” Did she sound happy? She tried harder. “Woohoo!”

She’d thought she’d white-knuckled her way through all the toughest parts of parenting, but it turned out there were still some surprises waiting for her. Rosie wasn’t a child anymore. She had to be allowed to make her own decisions. And her own mistakes.

Rosie was talking again. “I know it’s all a bit fast, but you’re going to love Dan as much as I do. You said you thought he was great when you spoke to him.”

But speaking to someone on a video call wasn’t the same as meeting them in person, was it?

Maggie swallowed down all the words of warning that rose up inside her. She was not going to turn into her own mother and send clouds to darken every bright moment. “He seemed charming, and I’m thrilled for you. If I don’t sound it, it’s because it’s the middle of the night here, and you know what I’m like when I’ve just woken up. When I saw your name pop up on the screen, I was worried it was your asthma.”

“Haven’t had an attack in ages. I’m sorry I woke you, but I wanted to share my news.”

“I’m glad you woke me. Tell me everything.” She closed her eyes and tried to pretend her daughter was in the room with her, and not thousands of miles away.

There was no reason to panic. It was an engagement, that was all. There was plenty of time for them to decide if this was the right thing for them. “We’ll have a big celebration when you and your sister are here for Christmas. Would Dan like to join us? I can’t wait to meet him. Maybe we’ll throw a party. Invite the Baxters, and all your friends from college and school.” Planning lifted Maggie’s mood. Christmas was her favorite time of year, the one occasion the whole family gathered together. Even Katie, with her busy life as a doctor, usually managed to beg and barter a few days at Christmas in exchange for covering the busy New Year shift. Maggie was looking forward to spending time with her. She had a niggling suspicion her eldest daughter was avoiding her. Every time Maggie suggested meeting up, Katie made an excuse, which was unlike her because she rarely refused a free lunch.

Christmas would give her a chance to dig a little deeper.

In her opinion, Oxford was the perfect place to spend the festive season. True, there was unlikely to be snow, but what was better than a postlunch walk listening to the peal of bells on a crisp, cold winter’s day?

It promised to be perfect, apart from one complication.

Maggie still hadn’t figured out how she was going to handle that side of things.

Maybe an engagement was exactly what they needed to shift the focus of attention.

“Christmas is one of the things I need to talk to you about.” Rosie sounded hesitant. “I planned to come home, but since Dan proposed—well, we don’t see the point in waiting. We’ve chosen the day. We’re getting married on Christmas Eve.”

Maggie frowned. “You mean next year?”

She counted the days and her brain almost exploded. “You want to get married in less than four weeks? To a man you barely know?” Rosie had always been impulsive, but this wasn’t a soft toy that would be abandoned after a few days, or a dress that would turn out to be not quite the right color. Marriage wasn’t something that could be rectified with a refund. There was no reason for haste, unless—“Sweetie—”

“I know what you’re thinking, and it isn’t that. I’m not pregnant! We’re getting married because we’re in love. I adore him. I’ve never felt this way about anyone before.”

You barely know him.

Maggie shifted, uncomfortably aware that knowing someone well didn’t inoculate you against problems.

In the snowy perfection of Aspen, the White family gathers for youngest daughter Rosie’s whirlwind Christmas wedding. First to arrive are the bride’s parents, Maggie and Nick. Their daughter’s marriage is a milestone they are determined to celebrate wholeheartedly, but they are hiding a huge secret of their own: they are on the brink of divorce. After living apart for the last six months, the last thing they need is to be trapped together in an irresistibly romantic winter wonderland.

Rosie’s older sister, Katie, is also dreading the wedding. Worried that impulsive, sweet-hearted Rosie is making a mistake, Katie is determined to save her sister from herself! If only the irritatingly good-looking best man, Jordan, would stop interfering with her plans…

Bride-to-be Rosie loves her fiancé but is having serious second thoughts. Except everyone has arrived—how can she tell them she’s not sure? As the big day gets closer, and emotions run even higher, this is one White family Christmas none of them will ever forget!