1,063 days until US Olympic Team TrialsFINA World Aquatics ChampionshipsBudapest, HungaryWomen’s 200m Intermediate Medley FinalsThe water is breathing. At least, that’s how it seems. I’ve always imagined it as a living thing, benevolent and obedient and faithful. A gentle beast at first, like a pony, but over time something faster. A thoroughbred, maybe. A cheetah sprinting across a flat, grassy plain.But, of course, the water isn’t breathing—it’s rippling, with the echoing wakes of eight elite swimmers as they poured themselves into one last swim, one final chance to grab the golden ring. Now they’re gone, and in half a minute, I’ll be right where they were, reaching for my own shot at glory.This is my first international competition. I turned fourteen in May, so I’m the youngest member of Team USA. In January, nobody knew who I was, but by my birthday I’d broken the women’s 200 IM record in my age group twice and finished first in the same event—my best—at World Championship Trials. My summer of speed earned me a lane here in Budapest. All I have to do now is not screw it up. 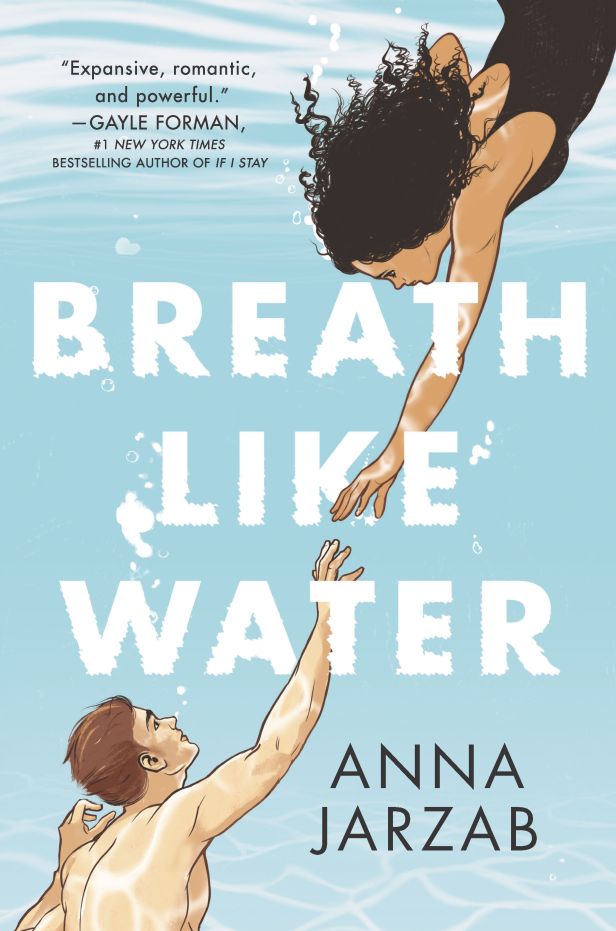 Earlier, in the semifinals, I clocked my fastest time ever in this event, and I’m coming into finals seeded third overall. I have to beat that by almost a second if I want to win.The announcer introduces me over the loudspeaker. I wave to the crowd but my mind is far away, already in the pool, charting out my swim. I shake out my limbs and jump to get my blood pumping, then climb onto the block. I adjust my goggles, my cap, my shoulders. These little rituals feel solid and reliable. The rest is as insubstantial as a dream you’re aware of while you’re dreaming it.“Take your mark—”The signal sounds and I’m in the pool. My mind lags half a second behind my body, registering every breath, stroke and turn only after it happens.First: butterfly, arms soaring over the water, fingertips skimming the surface.Then: backstroke, concentrating on the lines in the ceiling while waves boil around me.After that: breaststroke, stretching, pulling, kicking, gliding.And finally: freestyle, bursting off the wall like a racehorse released from a starting gate.I go six strokes without taking a breath and snap into my highest gear for a mad-dash last push, coasting along the razor’s edge of my perfectly timed taper. No thinking, just doing. No drag, only flight.My hand touches the wall, and my eyes begin to burn. It’s over. Instinctively, I look for my coach. Dave’s on the sidelines, frowning, and I think: I blew it.He notices me watching and breaks into a rare grin. Hopeful, I turn to the board. I can’t find my name, so I force myself to look at the top spot. There it is: RAMOS. Number freaking one.I whoop and blow kisses at the people in the stands. They’re on their feet, chanting, “USA! USA!” American flags billow like sheets.It cost my parents a fortune to fly themselves and my sister all the way to Europe on such short notice, credit cards stretched to their limits. I can’t even see them in the crowd, but I know they’re somewhere in that jubilant crush of people. My heart feels so full it’s like a balloon about to pop.As soon as I’m out of the water, Dave wraps me in a bear hug.“How do you feel?” he asks.“Great!” I sigh and shake out my arms. “Tired.”“Gold, Susannah,” he says. His voice is tight with something like awe.Gold. It doesn’t feel real yet—won’t, until that medal hangs around my neck, until I can hold it in my hands while the national anthem blooms through the natatorium speakers with patriotic brio. Maybe not even then. I could have more wins here, but right now, this seems like more than enough.“You’re a world champion,” Dave says. “Next, I’m going to make you an Olympian.”Excerpted from Breath Like Water by Anna Jarzab, Copyright © 2020 by Anna Jarzab. Published by Inkyard Press.

ABOUT THE BOOK:This beautifully lyrical contemporary novel features an elite teen swimmer with Olympic dreams, plagued by injury and startled by unexpected romance, who struggles to balance training with family and having a life. For fans of Sarah Dessen, Julie Murphy and Miranda Kenneally.Susannah Ramos has always loved the water. A swimmer whose early talent made her a world champion, Susannah was poised for greatness in a sport that demands so much of its young. But an inexplicable slowdown has put her Olympic dream in jeopardy, and Susannah is fighting to keep her career afloat when two important people enter her life: a new coach with a revolutionary training strategy, and a charming fellow swimmer named Harry Matthews.As Susannah begins her long and painful climb back to the top, her friendship with Harry blossoms into passionate and supportive love. But Harry is facing challenges of his own, and even as their bond draws them closer together, other forces work to tear them apart. As she struggles to balance her needs with those of the people who matter most to her, Susannah will learn the cost–and the beauty–of trying to achieve something extraordinary.