“The legal proceedings in the trial of Bhagat Singh were monstrously flawed. The court did not convict the accused on the basis of a fair procedure and due process of law. Legally, they could not have been hanged,” these lines from the book The execution of Bhagat Singh will remain with me lifelong. This isn’t a review. This book cannot be reviewed. The execution of Bhagat Singh penned by Satvinder Singh Juss and published by HarperCollins India, is a book that needs to be thoroughly studied. If you feel any affinity towards the martyred revolutionary, Bhagat Singh; if you wish to understand the prejudiced judicial system of the Britishers; if you are a law student or a student interested in Indian history, this book is a must read. And it is a must read for every Indian out there.

The execution of Bhagat Singh was an eye-opener at many levels. Firstly, it has many unpublished letters and documents from the judicial proceedings. The details given enrage you. The author deeply researched about Shahid Bhagat Singh and brought forth for us the valorous soul that was yet fully unexplored. Bhagat Singh was a revolutionary but he attained the status of becoming an emotion. The name evokes an undeniable adrenaline rush in each of us. 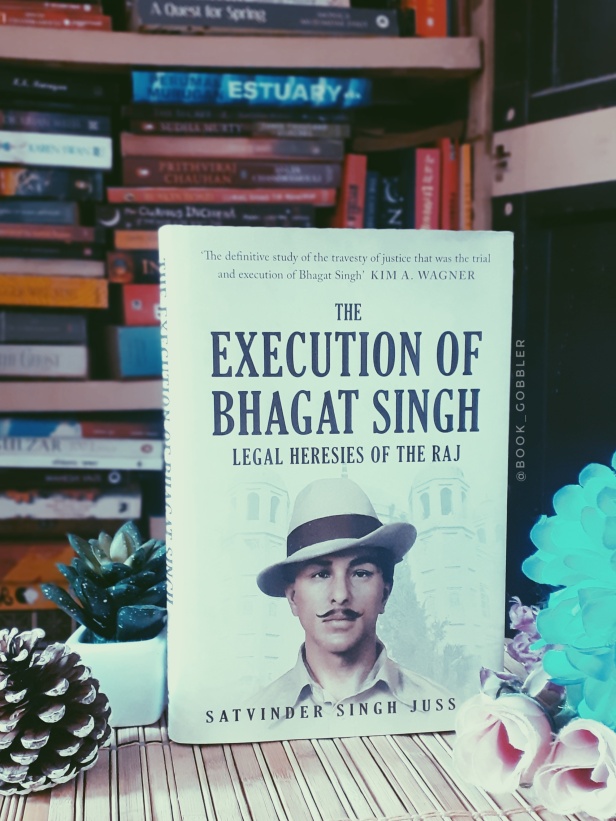 About the judicial proceedings the author stresses throughout that it was “coercive colonial legalism.” The laws were tweaked, the pleas unheard, accused were beaten up and pressurized, approvers were kept under strict vigil and those in favour of the execution of Bhagat Singh and his comrades were treated with gifts! Post their demise the bodies of the martyrs were “chopped into pieces and stuffed into sacks,” “the remains were unceremoniously stacked on a truck,” “the charred remains were then hurled ingo the river.” Rage emanates every step of the way and as you go on reading about the trial you begin hating what Imperials did to Bhagat Singh and his comrades. 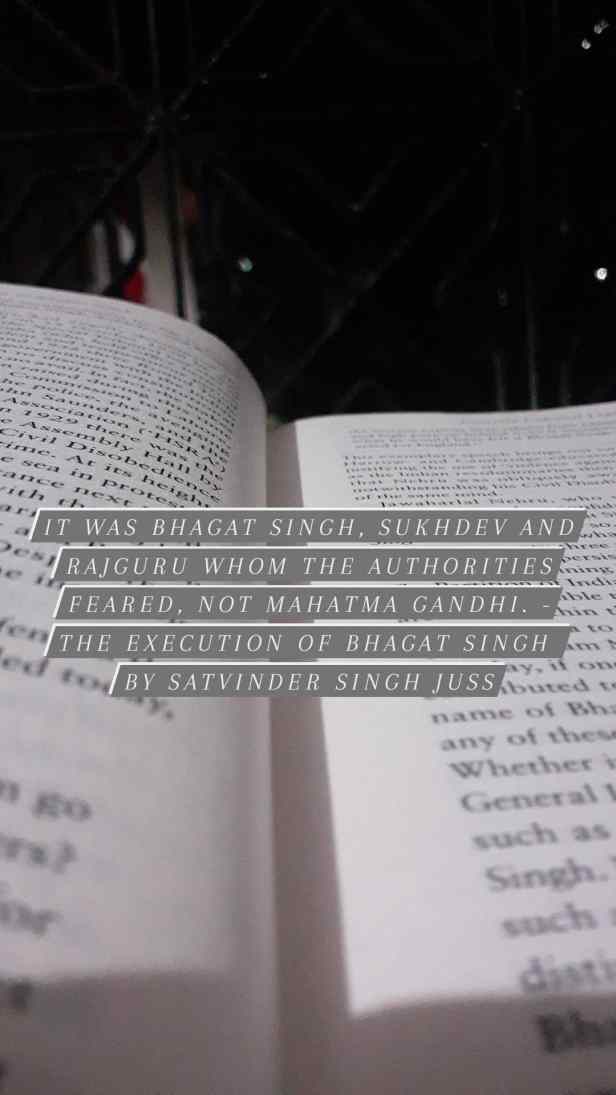 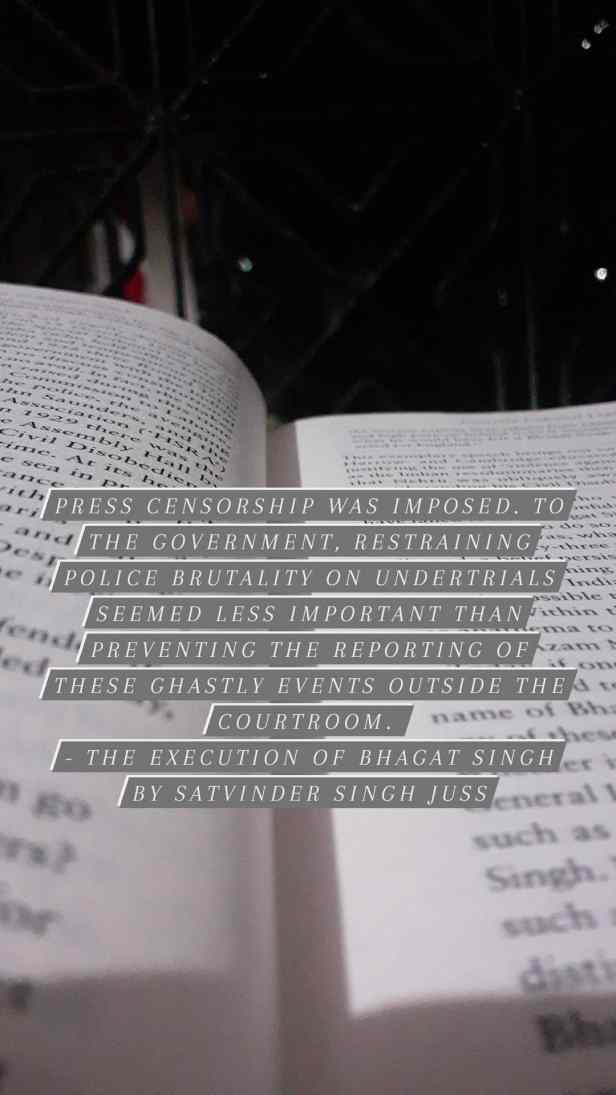 Author asserts in the book that, “It was Bhagat Singh, Sukhdev and Rajguru whom the authorities feared, not Mahatma Gandhi.” Gandhi dismissed the young patriots as “deluded.” However, worth noting is the defence of Pandit Nehru who questioned the then Viceroy, “the Viceroy expects ys to refrain from admiring this wonderful courage and high purpose behind it, he is mistaken. Let him as his own hearr what he would bave felt if Bhagat Singh had been an Englishman and acted for England.” Further we see how Quaid-e-azam Muhammad Ali Jinnah stepped in to defend Bhagat Singh.

Throughout the book we see the “indomitable spirit of the young revolutionaries” and the farcical judical system of the Britishers. Bhagat Singh courageously calls a spade a spade. He says, “Whatever is happening in this court is nothing but a farce. Let the British government be proud of this Justice.” Further he adds, “We are prepared to be hanged.” It was clear from the very beginning what the motive of the trial was. In the words of the author, “Colonial coercive repressiveness prioritized a hasty trial and prompt punishment for the revolutionaries;” “Bhagat Singh, Sukhdev and Rajguru were unlawfully executed by an Act of Attainder! By virtue od something that was not law.”

I cannot stress enough how important this book is. It’s a gem,a must have in your library and not at all a heavy read. I am sure you will be turning pages and wanting to know more about this fateful execution.

***Copyright in content and pictures belongs to Siddhi Palande, the owner of this blog, and cannot be republished or repurposed without permission from the author. Infringement of any kind will invite strict legal action.***